our little queen turns fifteen, the rest of us being barbarians

Our girl has a birthday today. 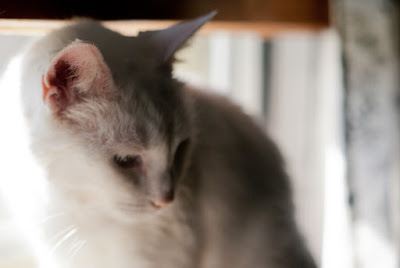 And she's quite well, thanks for asking.


The other day at work I had a sudden desire to read a gardening journal of some sort. I looked through the 635s and came up with Onward and Upward in the Garden, by Katharine S. White.
She was married to E.B. White - yes, him! - and these are essays published in the late 50s through 1970. I don't think I'll glean any practical advice from them, but the first few entries are critiques of seed and plant catalogs ; I've never thought deeply when looking at one of these, but now I'm thinking I've been remiss.

She then moves on to books and here she speaks of a Mrs. Loudon, author of The Ladies' Companion to the Flower-Garden.

"[Mrs. Loudon] even includes a few unpopular flowers, the most invigorating of which I think is