I often have the intention to come here and post, and then something gets in the way. It could be tiredness, computer troubles, interruptions - whatever it is, I wonder if I need a new schedule. 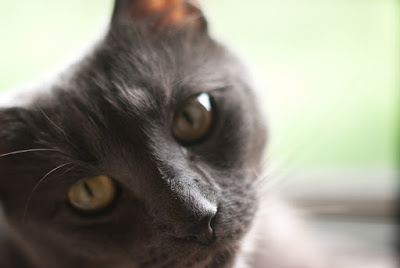 this person is not responsible for my lack of posts
We have had the most un June-like weather this month - many days over ninety. And more to come, through the month's end. Meanwhile, I made ice cream, naturally. 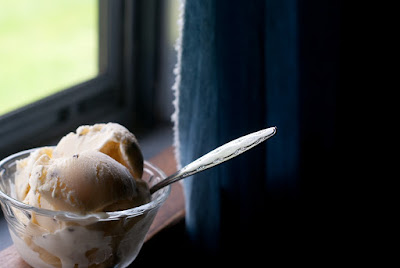 French Vanilla, with cacao nibs. I'm not a vanilla girl, but French - there's something about it. I just realized that my 1975 Betty Crocker cookbook has ice cream recipes in it; I've tended to use it as a reference, not always looking for particular recipes. It had three yolks and a tablespoon of vanilla. You could smell it all over; there are worse things.
Speaking of food, I've been buying different pasta shapes lately - let's say, in a spirit of adventure. I got some radiatore. I never thought about the name. 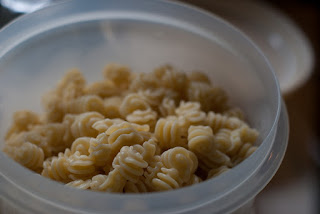 Radiators, of course! And they look like it. We think Italian is so romantic, don't we? But they are calling their pasta "little worms". (vermicelli), "little tongues" (linguini). Totally practical. According to Frances Mayes, there's one called "choked (or strangled) priests". I don't know the name, and can't imagine the shape.
I'm in the middle of making a list of things I might want to make for July 4th.
"Somehow the main function of a list is to make me feel well organized. Practically speaking, they aren't much use, as I invariably mislay them. I make careful grocery lists and leave them behind when I go to the village. But it is nice to know that when I get home I'll know what I forgot because the list is under the coffeemaker right where I left it when I unplugged the pot."
-  Gladys Taber
"

three weeks in a row

Three weeks in a row I've gotten fresh strawberries. First, I made shortcake. Last week I made some freezer jam. 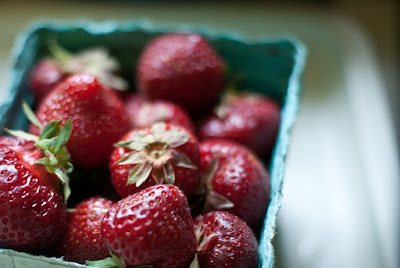 But this time, I think we should just eat them. 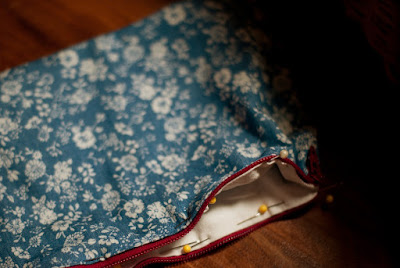 I bought some zippered pouches on etsy a few years ago, and now they're worn. They need replacing, but I am going to make them. This is the first.
Posted by Lisa at 10:35 PM 7 comments:

Dolly is always wanting food and she eats a lot. But now and then she leaves it; she feels better just knowing there's some nearby. 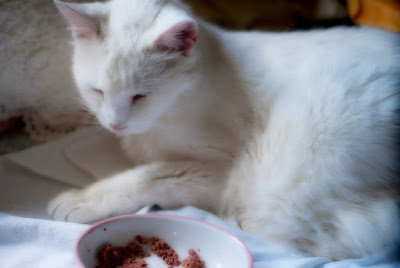 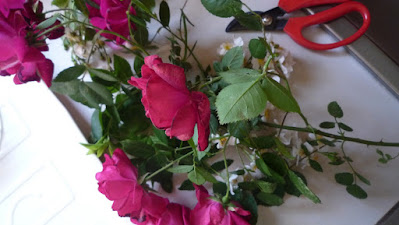 It's June and that means roses. Our two bushes, yes, but those little white roses/(weeds?) that are everywhere, fragrancing the air. I rarely cut from our bushes because I don't want to see a bare bush , but there are plenty of the wild ones to spare. And then I noticed at the base of the pink rugosa these deeper ones - from the root stock? I don't know, but I snipped them off; nobody'd notice them if I didn't. 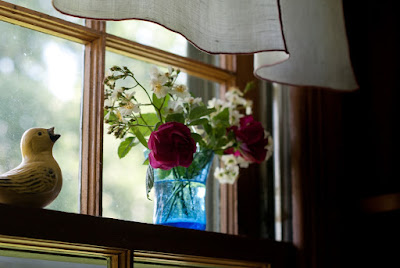 Now they can show off properly.

in light and liberty

The voice of God goes out through all the world:
God's glory speaks across the universe.
The great King's herald cries from star to star:
With power, with justice, he will walk his way.

Anointed with the Spirit and with power,
He comes to crown with comfort all the weak.
To show the face of justice to the poor:
With power, with justice, he will walk his way.

His touch will bless the eyes that darkness held,
The lame shall run, the halting tongue shall sing,
And prisoners laugh in light and liberty;
With power, with justice, he will walk his way.

first ice cream of the season 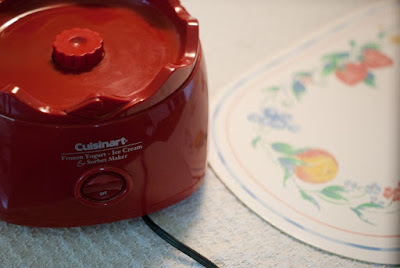 Continuing my efforts to use up leftover things, I searched for a recipe which calls for Nutella, not a full jar. I made some ice cream. It was a cool and overcast Memorial Day, not really an ice cream day, but everyone seemed glad to have it. Another thing, used up!
Posted by Lisa at 8:05 PM 6 comments: