rain and other storms

I woke up at three, and heard the rain descending like it was being poured; on and off like that even for the next few hours. 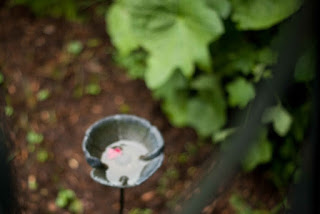 And then the readings at Mass all had to do with water - and the gospel being about Jesus calming the storm:


The Lord addressed Job out of the storm and said, Who shut within doors the sea, when it burst forth from the womb; when I made the clouds its garment and thick darkness its swaddling bands? When I set limits for it and fastened the bar of its door, and said: Thus far shall you come but no farther, and here shall your proud waves be stilled!

They who sailed the sea in ships,
trading on the deep waters,
these saw the works of the Lord
and his wonders in the abyss.

His command raised up a storm wind
which tossed its waves on high.
They mounted up to heaven; they sank to the depths;
their hearts melted away in their plight.

They cried to the Lord in their distress;
from their straits he rescued them,
he hushed the storm to a gentle breeze,
and the billows of the sea were stilled.

On that day, as evening drew on, Jesus said to his disciples: Let us cross to the other side. Leaving the crowd, they took Jesus with them in the boat just as he was. And other boats were with him. A violent squall came up and waves were breaking over the boat, so that it was already filling up. Jesus was in the stern, asleep on a cushion. They woke him and said to him, Teacher, do you not care that we are perishing?  He woke up, rebuked the wind, and said to the sea, Quiet! Be still! The wind ceased and there was great calm. Then he asked them, Why are you terrified? Do you not yet have faith? They were filled with great awe and said to one another, Who then is this whom even wind and sea obey?