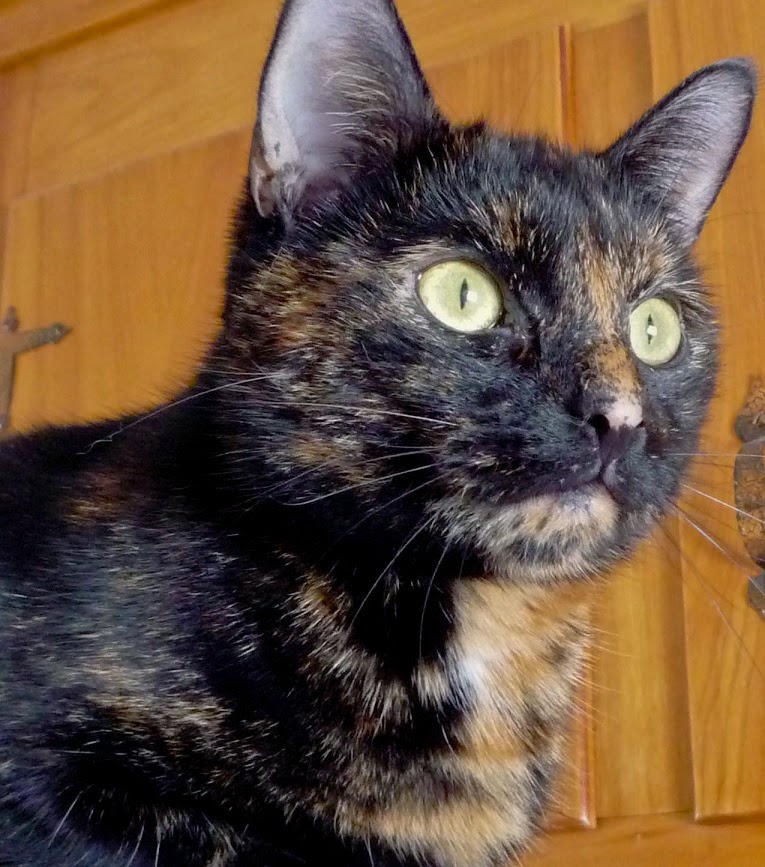 Cindy went to her new home today. After nine and a half months, it's a relief to have some normalcy, but... I do miss her. She was cute. My eyes are teary at times, thinking about her leaving.

I don't know why she wouldn't stop going after Dolly - I mean, I don't know her history, so I can't judge. She was very cute in every other way - purring all the time, looking at you with googly eyes; lots of fun and chuckles.

After weeks of spraying her with the water bottle ten or twenty times a day it had all come to a head when she attacked Dolly in one of the litter boxes. Ours have covers, because Henry can't pee without spraying off the side, and Dolly was in there, and Cindy went in after her. I soon put a stop to it, but afterward Dolly was afraid to go downstairs to use the box, so we had to bring one upstairs every night into the kitchen and even then she took some cajoling to go inside it. So we got the idea to just keep Cindy downstairs when we weren't home, and let her up when Dolly was sleeping in somebody's bedroom. That's been much more peaceful and that's what we've been doing for two months or so. Dolly really perked up after that, and it was obvious she was relieved to be "free" of Cindy - I think she could tell we were protecting her from Cindy. She started playing in a way we hadn't seen since Cindy came. Which was sad, but that didn't mean we would just give her to anyone who showed an interest.

There was a lead once, but it didn't come to anything, and then a few weeks ago one of my brother's clients was telling him how she missed having a cat, but because of two long cruises they had planned, was afraid they couldn't get a cat before 2017. But my brother had a great idea - if they liked Cindy, we could just take her back when they were away for these extended periods. Hurrah!  They were all excited and emailed him - when could they come and meet her?  About four days later they showed up and everybody got along fine. 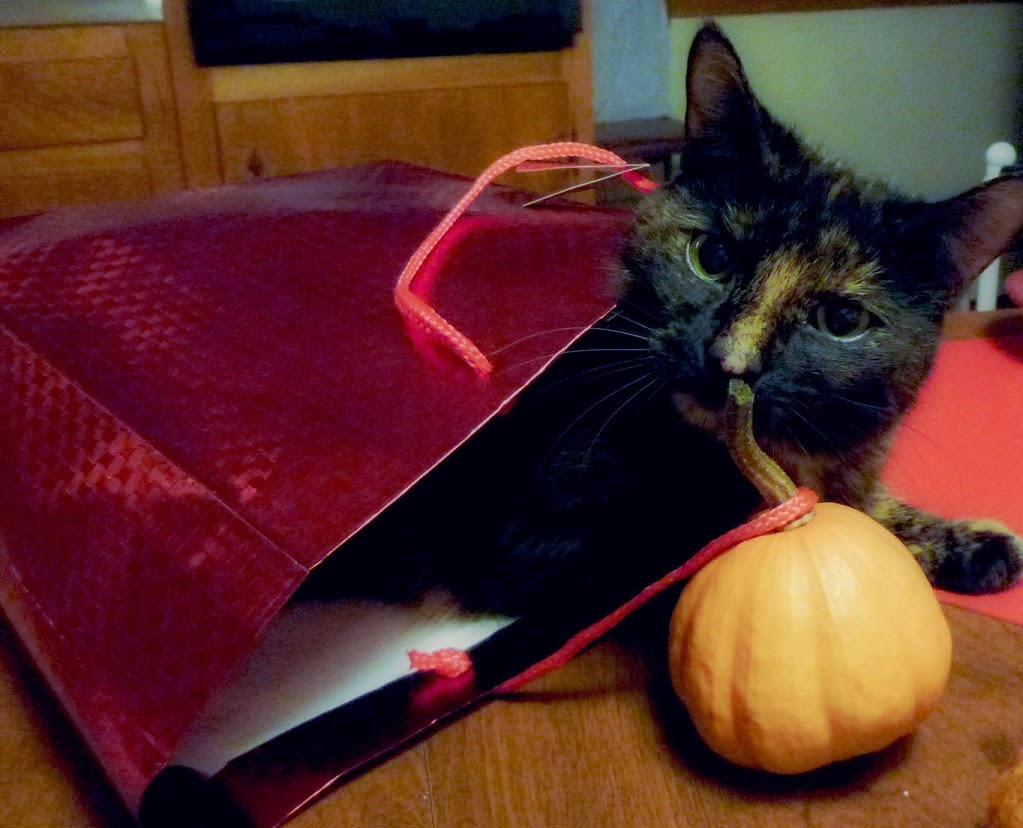