March went out like the veriest lamb of lambs. I had taken Holy Week off with an intention of doing spring cleaning. I've never done it this early but suddenly realized it might be a good thing to get it mostly out of the way before it became too nice out. I did quite well with that plan, but I was looking for the nicest day in the forecast to go outside and prune the roses. Saturday turned out to be the day;  it was so warm and sunny I had to remove my sweater and go dig out my sandals.

I cut some branches of forsythia and forced them in time for Easter, then stuck them in the "urn" in front. 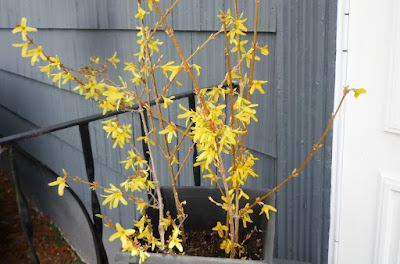 They look as well today as they did Sunday, and considering the weather we've had... 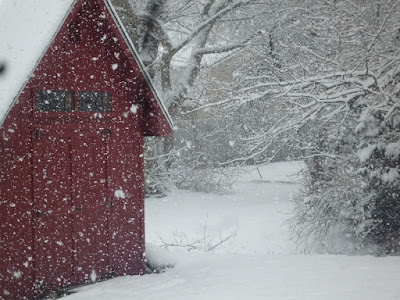 Monday early it began snowing, and snowed for a few hours, covering everything like this. By the end of the day it was mostly gone. 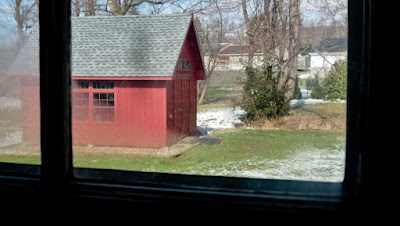 April snow. Which has been known to happen in these parts. Like again today, for instance. It snowed from late morning with big fat flakes, but didn't accumulate.  I didn't take pictures. A true spring is an elusive thing here - we really never get them properly.


We discovered that the Library Cat doesn't mind water - he sits in the sink under the trickling faucet and laps it up, not minding his wet coat. 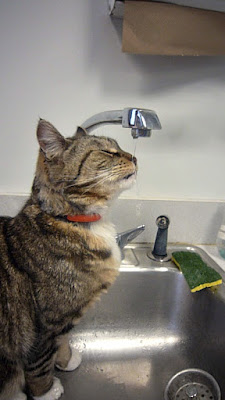