sinus troubles and other things

We had a Christmas snow at Epiphany - at last. 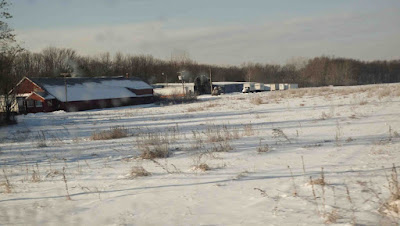 It disappeared when the temperatures got up to sixty on Thursday; I actually brought trash out to the curb, after dark, in my sweater! But it's snowing again, so we'll see how much it brings.

I have a sinus infection which is taking its (slow) course, but had me in no frame of mind or heart to blog for a while. I've done lots of reading. I got one of those Pride and Prejudice spin-offs for Christmas - five hundred pages! - which entertained me when things were at their worst. It was perfect for illness, as I wasn't able to read anything more involved, and it wasn't something I would have gravitated to in healthier times. It wasn't bad, but I do wonder why anyone would want to rewrite a famous story; the author was definitely doing her utmost to avoid all the unpleasantnesses from the original - they are all gone from her book. 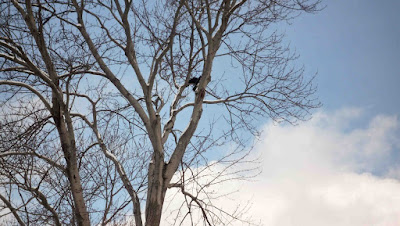 Sometimes you know that you've invited illness to come along. Several people near me have been sick in recent weeks and I didn't catch any of it, but I've been eating too much sugar, and way too much dairy - with my chronic allergies I know I should limit myself - and it finally got me. Well, I am eating clean now. I bought organic fruit and nuts, organic canned soup (haven't felt much like cooking). Larabars. Herb tea - Stash's Christmas in Paris. That is delicious! Minty, with an aroma of cocoa and some vanilla. Also lavender, but I can't detect it, and thankfully it doesn't make me sleepy, as lavender is a sedative. I just happened upon it while on Amazon - it's very smooth and soothing. I am having a Belgian chocolate now and then, but I have no desire for cake, and I haven't had dairy in a week. May it last. 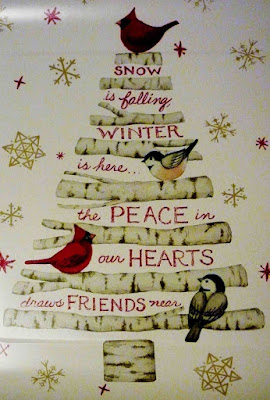 The other day Dolly and I listened to a podcast on Teddy Roosevelt. It was from the Circe Institute, which I think is geared toward homeschoolers. Anyway, I was often laughing, not because it was funny, but the man could do so many things that when his abilities are listed, you just have to laugh because it seems so incredible. But they did tell a story. And I have to tell it here.

Apparently, Teddy was expert in ornithology, and when he was President there was a certain bird which could be found in the Adirondacks - this is in New York State - and he wanted to get a photograph of it. He took two Secret Service men with him, and they hiked into the area. I don't know how long this all took them, but they got to a spot where he could see the nest. Unfortunately they were at the edge of a steep cliff.

He convinced the two to tie a rope around his ankle - yes, that's what I said - and lower him down headfirst - headfirst, yes. He got the photo. Well, they couldn't pull him up. Not all the way. So he decided to cut the rope, which sent him down thirty feet (!), where he bounced off something and landed in a stream.

Can you imagine such a thing? He reminds me of Winston Churchill in a way, in attitude at least.