a good use of leftovers

A couple of days ago I had a bit of leftover meatloaf and some chicken from the freezer I wanted to finish off. It wasn't much, so soup seemed the best course. (no pun intended!)  I made a thin carrot soup with some onion and pureed it, then added the meat. Then I found some peas and brown rice hanging around, so threw that in with it. Also some mashed potato and yam. It was much better than it probably sounds. There was a lot of it, so we also had some for lunches over the past two days. But there was still about a pint left.

A day or two before that we'd had stewed chicken and there was plenty of it - with today being so cold out, pot pie seemed like a good idea. I cooked up a few carrots and added a bit of broccoli left in the fridge. Mixed it up with the chicken (and there's more that I can use for soup on Saturday), sprinkled it with garlic powder, oregano and some savory. But when it came to the gravy, that carrot soup kept coming to mind. It was thinner than gravy, but I just added a sprinkle of flour to the mix and poured it in, put a crust on top and baked it. 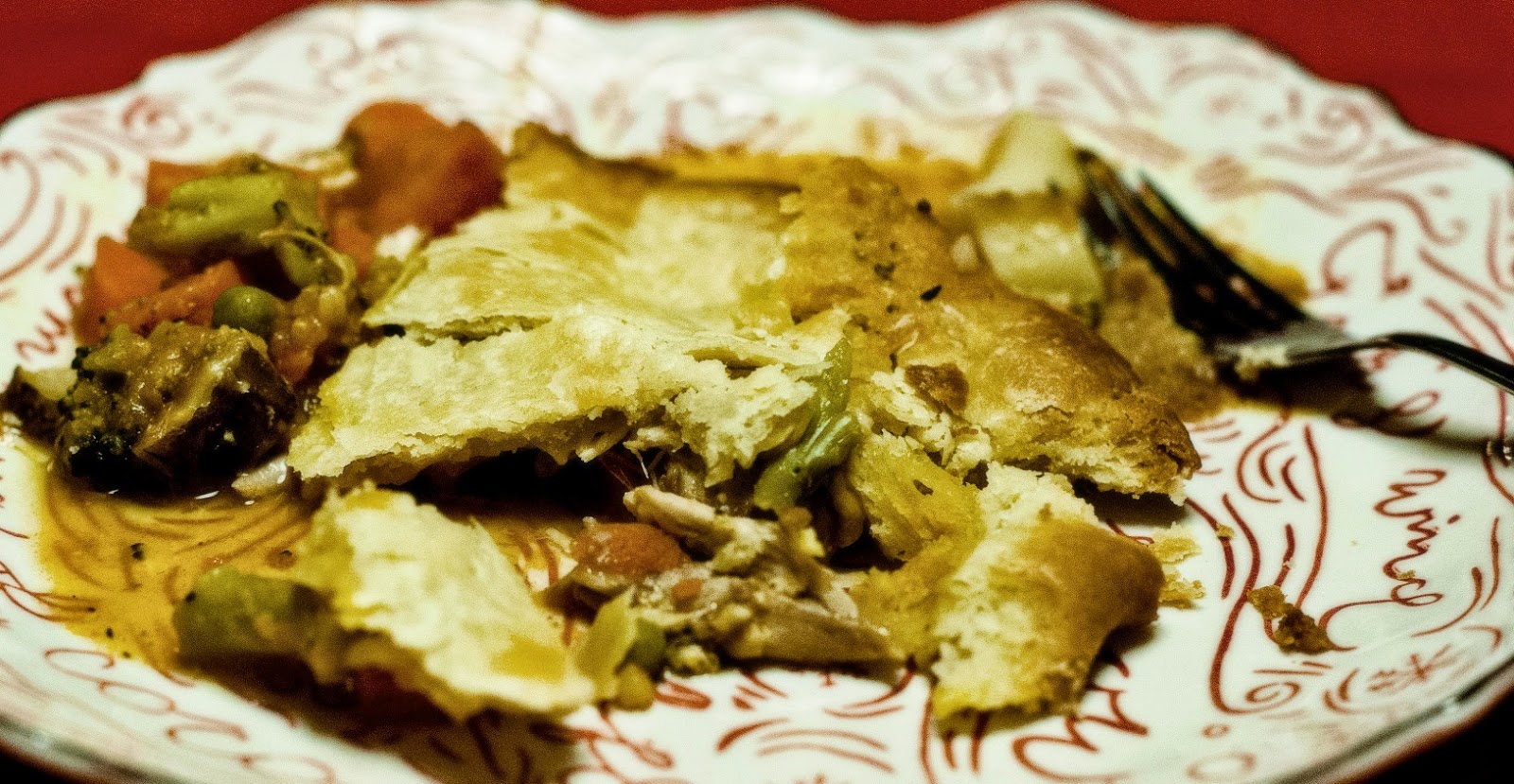 So many leftovers used up!  It was delicious.  I made a little salad with mandarins and lettuce, and that was our dinner.
Posted by Lisa at 10:08 PM