on the island: trees and flowers

Without being very knowledgeable about varieties of trees, I saw some unusual-looking things growing on the island, and took pictures of everything pretty.

As soon as we arrived we spotted a picnic table, but in the sun. We then found some folding chairs under this 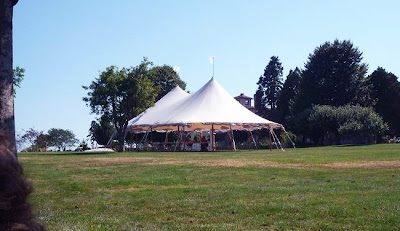 and a fellow sitting there said there was a writers' conference going on. He let us take some chairs. 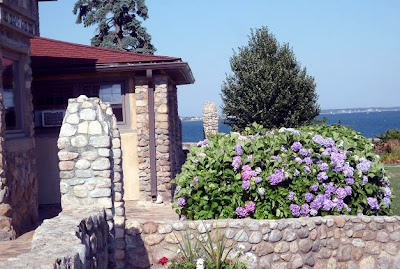 there were hydrangeas everywhere that day 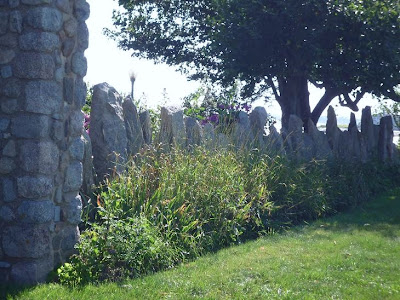 these "standing" stones made a pretty wall 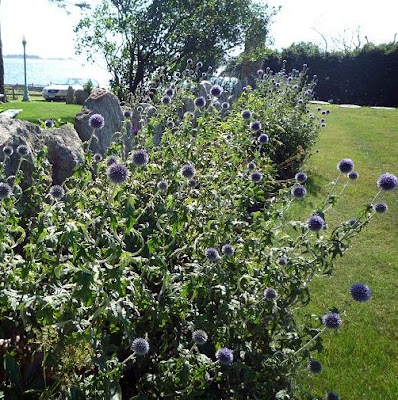 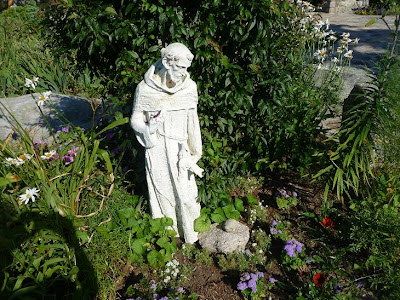 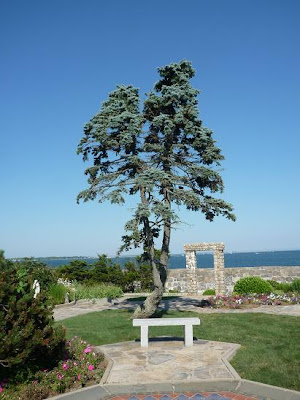 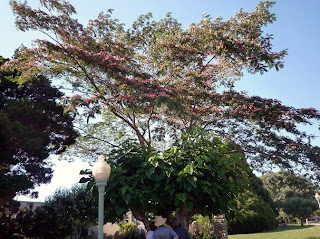 this tree was very impressive looking with its pink blossoms 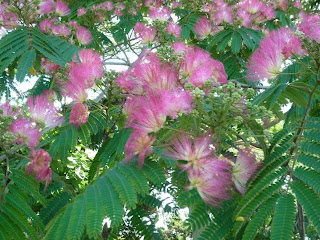 I pulled a branch down to get a better view. I later learned it's a mimosa.
There was a small tree right near it which had a thick trunk,  so I suppose it was old. It  had very large leaves 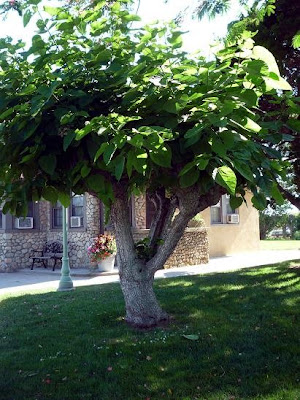 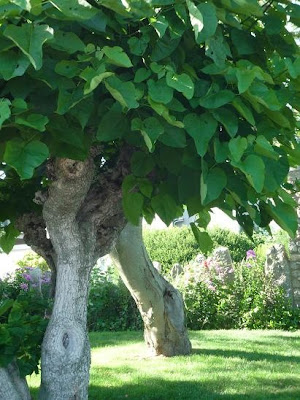 and there were little white blossoms underneath! I wish I knew what it was.
There was a fountain, 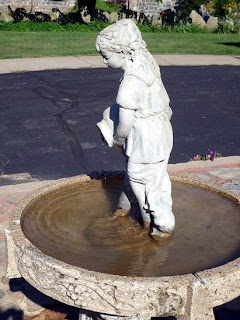 a cross of flowers, 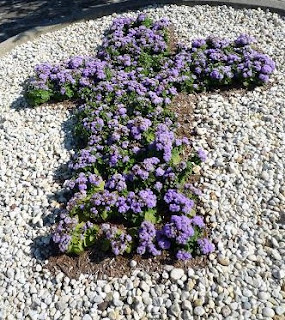 and a reflecting pool, where a sparrow posed for me. 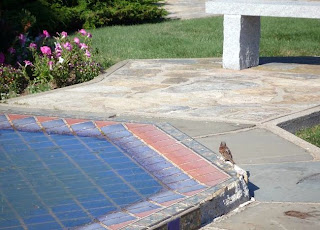 We stopped by the gift shop, which was across a hall from some conference rooms. 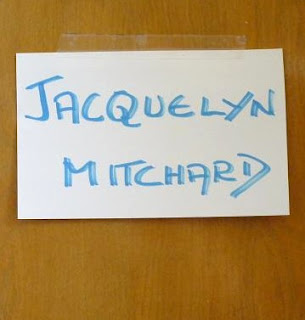 so I guess there were some famous writers there!
(Yes, I work in a library. No, I've never read anything by either of those two.)
Back home, I wanted to know what that fantastic pink tree was. It seemed to have a tropical air, so I tried to think of tropical-type trees I'd heard of.  I googled an image of a jacaranda - that wasn't it. But then I saw some text with a mention of mimosa, so I tried that. And it turns out that's what it was!  Such a romantic sounding name for a tree, or anything.
Then I also discovered that it's a pest in Florida. So much for romance.
A beautiful day - and one more set of pictures coming. 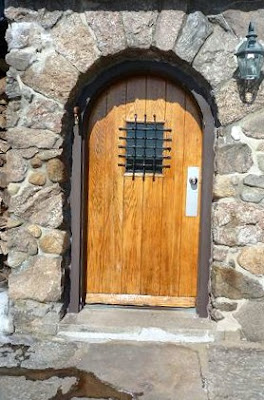