on the island: the chapel

Returning to our outing last Sunday -

After the park we headed over to a small island about a half hour away. Found a perfect spot under a tree, and had our picnic. I took so many photos of that beautiful place, that I'm having to make three posts about it - the plant life, the views, and the chapel.

And since today's Sunday, I'll start with the chapel, and other religious-type things, because this island is mainly a retreat center, although they don't chase picnickers away. 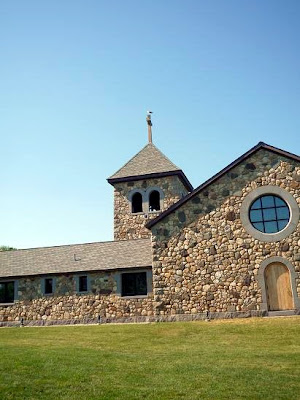 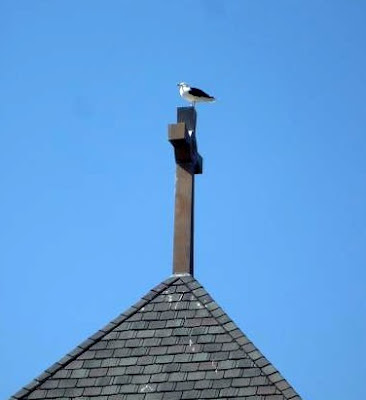 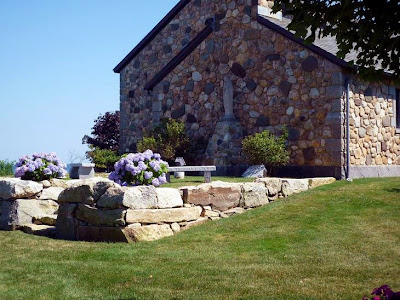 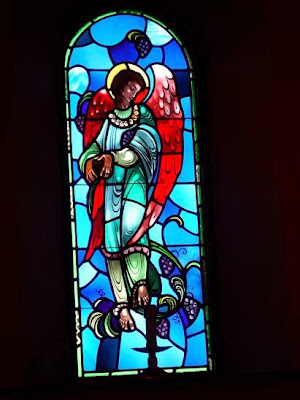 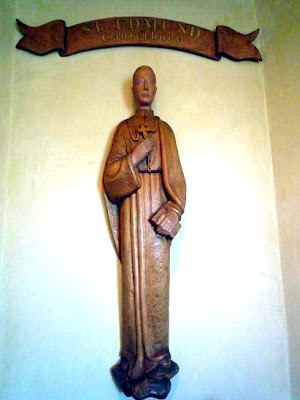 St. Edmund of Canterbury is the patron of the place 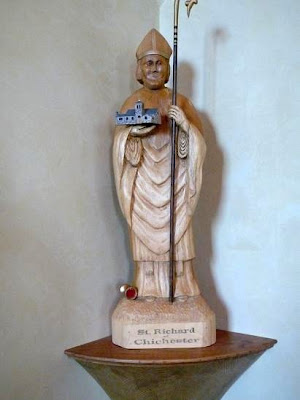 St. Richard of Chichester is also there - I'm not sure why. 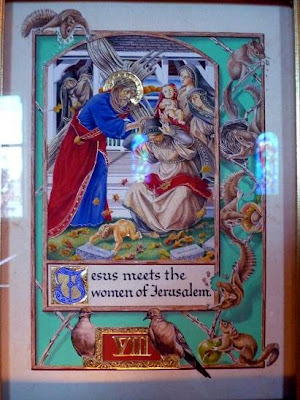 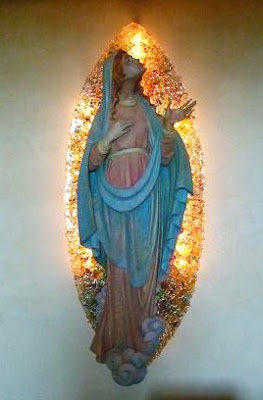 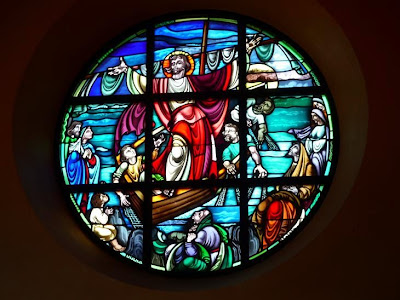 Jesus preaching from the boat

See the rooster, and the rising sun?  It's St. Peter. He was crucified upside down, feeling himself unworthy to be crucified the same way as the Lord. 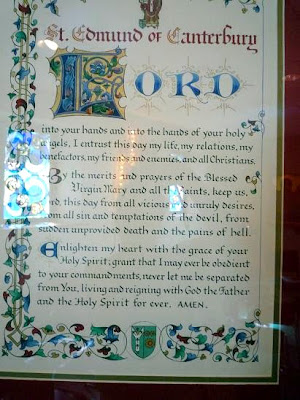 prayer of St. Edmund of Canterbury
There was another chapel there, too - 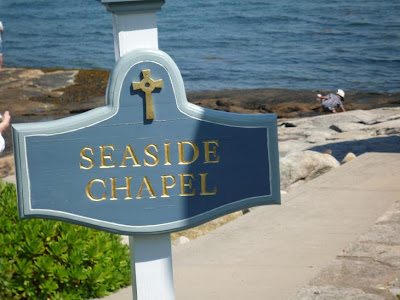 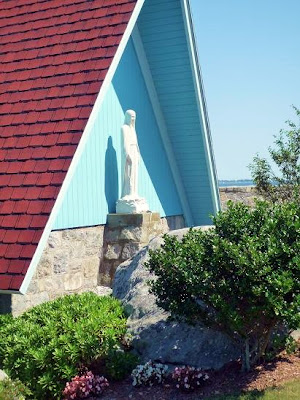 but when we went around the back, it was open. Just a place for people to put their petitions, rather than a real church. Very touching.
The chapel itself was small, but beautiful. There was much blue in the stained glass, and several windows had an ocean, or boat theme.
More later!
Posted by Lisa at 9:55 PM